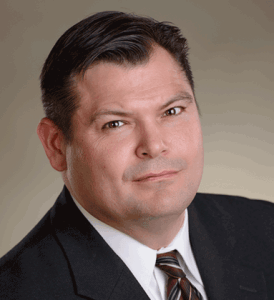 Chris uses his knowledge and experience to guide you through each step taken on your case and inform you of all available options. He is a strong and well-respected advocate who is a leading attorney in the fields of Workers Compensation and Social Security. He is member of the Sixth District Bar Association having served as President, Vice-President and Secretary/Treasurer. He is also an active member of the Minnesota Association for Justice. Chris is admitted to practice law in both state and federal courts. His primary areas of focus are:

Mark developed bilateral Achilles tendonitis that required surgery. He claimed this was work-related. The insurer denied the claim and stated he did not give adequate notice and that the condition was not caused by work. Chris Carpenter provided an amended injury date (one that was later and supported by the facts), making Mark’s notice reasonable. Chris obtained a settlement of $65,000 for Mark’s injury.

Sally had neck problems from a previous injury. Later she developed a hand problem which was first thought to be related to her neck. It was later determined she had carpal tunnel syndrome. Chris obtained a $50,000 settlement for her injury with future medical care still open for Sally’s hands.

Chris Carpenter obtained a $57,000 settlement for a client who had a heart attack at work. The insurer denied her claim as she had two heart attacks before starting this job and had many other health issues. About a year later he also helped her with her social security case and was able to get her benefits that dated all the way back to the date of her heart attack.